An overview of the farm

In spite of the wounds it has been inflicted over its history (fires, looting, the passing of time, ...) Ferme de Courriaulx still has some architectural testimonies of the past : a fifteenth-century chapel, large sixteenth-century basements, its main building which was rearranged between the late-seventeenth and the early-eighteenth centuries and a brewery which was built in the same period. 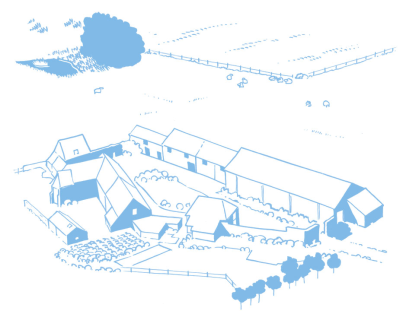 From the inside and the outside 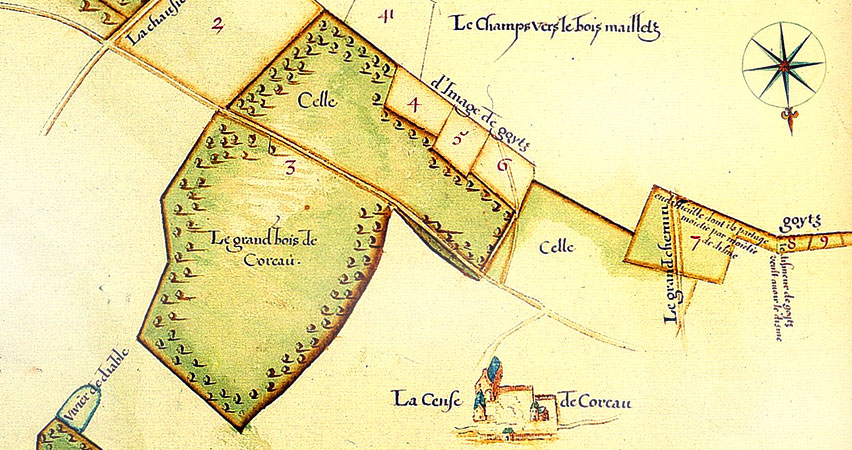 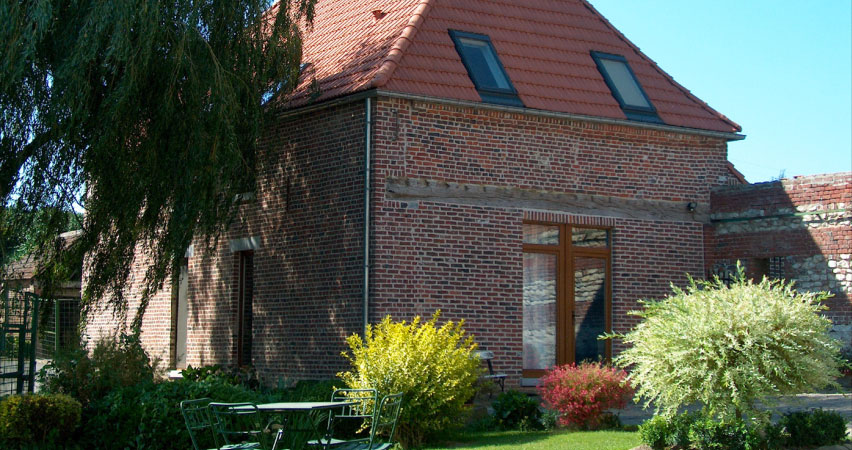 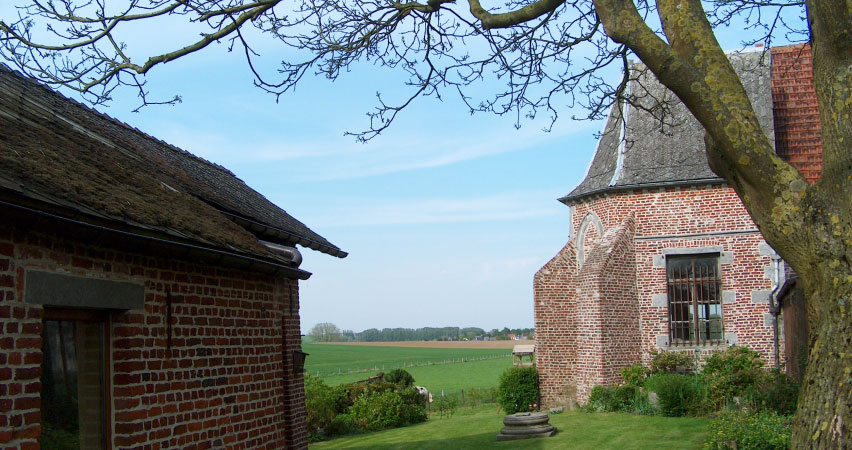 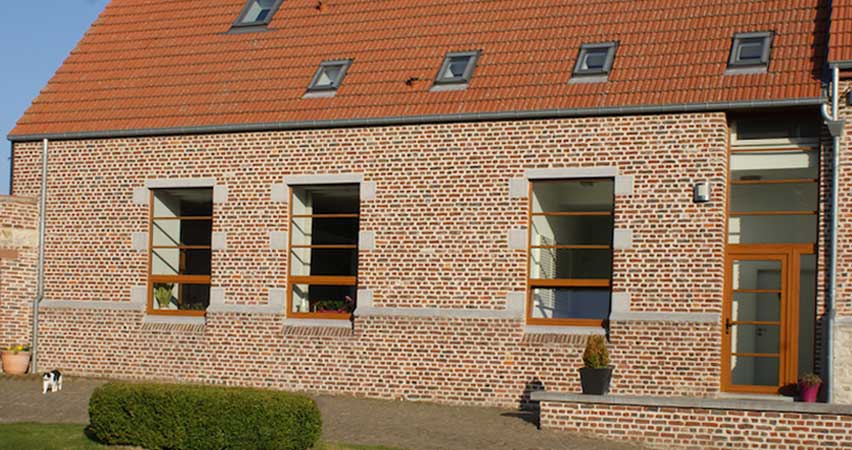 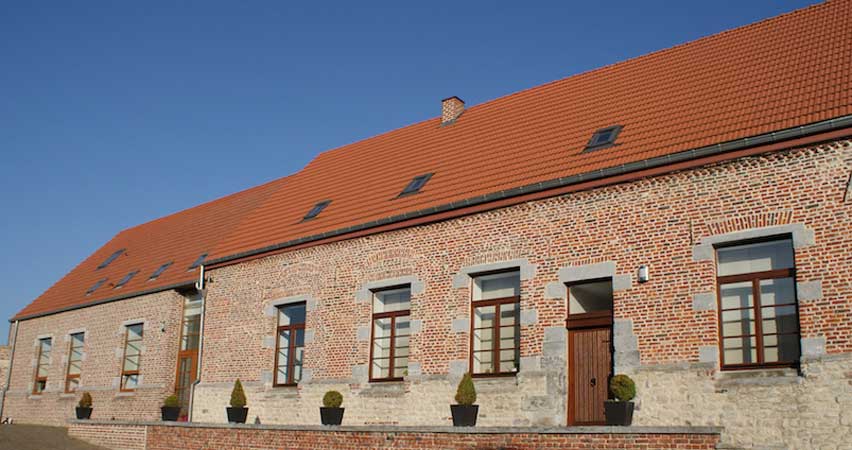 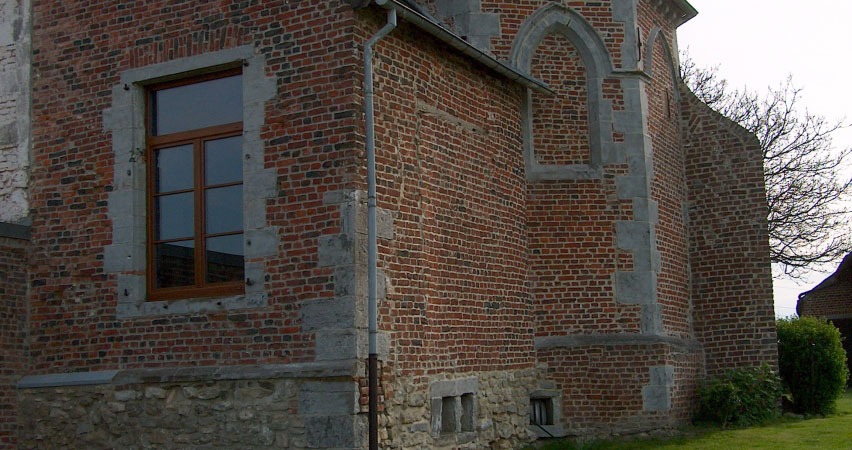 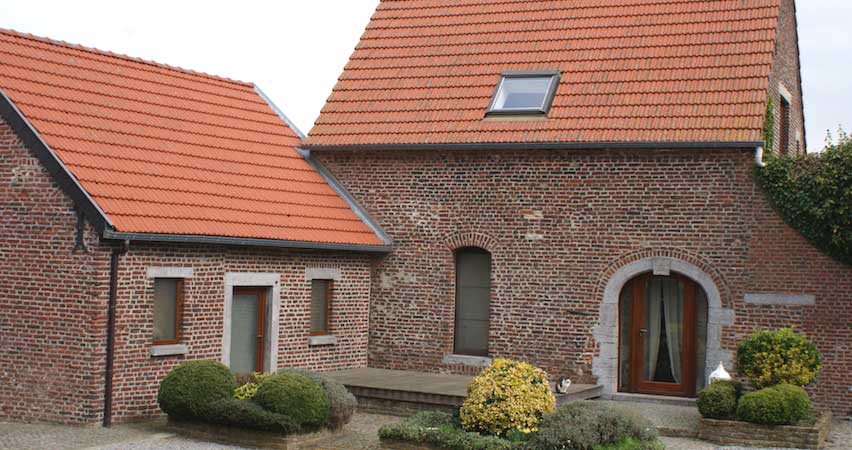 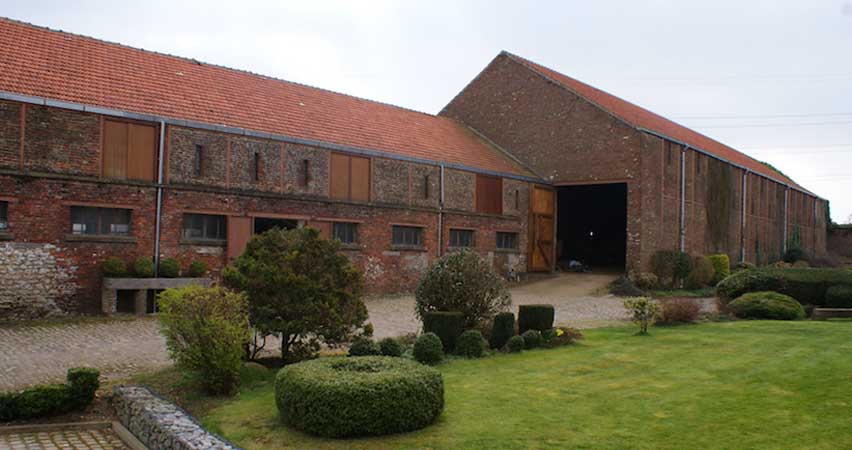 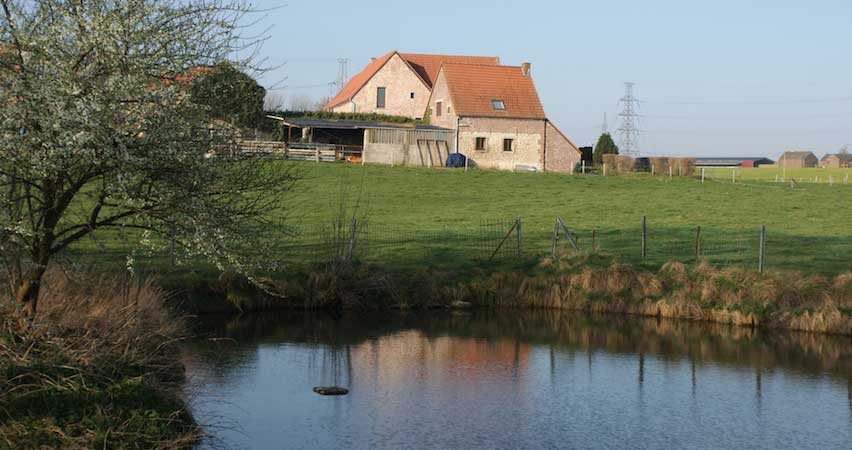 1. The cart-shed
It is a building which was formerly used to shelter carts and other countryside utensils.

This former red-tiled brick-walled cart-shed dates back to the nineteenth century and is located at the entrance of the courtyard. It was transformed to become a self-catering cottage in 2002.

2. The hen house
This small brick building which was first used to store tools and then as a hen house has now been restored.

Its old vaulted roof  in bricks on rafters and oak upper sill are their only remaining examples in Courriaulx as the other buildings lost theirs during the fires and lootings which took place between the Middle Ages and the second World War.

3. The Corn Loft
This area, which is under the attic and used to be above the calf-shed, is right next to the main building and nearly had to be demolished in 1970 because the courtyard front was sagging.

It has now been restored and converted into a family self-catering cottage with a wonderful oak-roof structure.

The latter is visible up to the original-featured ridgepole both in the staircase and the living room of the cottage.

4. The main building
The front path is higher than the courtyard, the ground-floor is L-shaped and its outside walls are made of whitewashed bricks above a bevelled dado in cemented rubble stone.

The window-sills with straight lintels date back to the 19th century.

On all the sides of the building several features still show traces of the past (dentated brick frieze under the tiles, cellar door, a 19th-century straight-lintel opening, remains of an old walled-up window, ...)

5. The Chapel
A one-naved chapel in bricks, walled-up on the sides, Gothic openings, bevelled dado, ...

6. The Brewery
In the north-east side of the courtyard is an eighteenth-century brick-and-sandstone rubble stone brewery.

7. The Outbuildings
In the north-east side of the courtyard is an eighteenth-century brick-and-sandstone rubble stone brewery.

8. The pond
Behind the farm, at the East of it, the brook of Cossuvelle has its source under some old trees. A pond was dug there to be used as water reserve in case of draught. There starts a “green path” with willow trees on the side where owls come to nest.